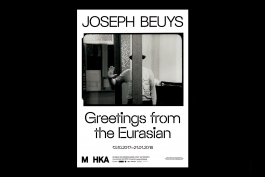 As the in-house graphic designer at M HKA.
2017, exhibition identity

'Joseph Beuys: Greetings from the Eurasian' was an exhibition at M HKA. It sought to simultaneously consider Beuys’ activities in Antwerp during the 1960s and 1970s alongside considering his oeuvre's relevance to a new generation. Beuys was active in Antwerp through his relationship with Wide White Space gallery, for whom he was a key reference. As a figure who worked in a way that was contrary to the logic and hegemony of Modernism, he was in a sense the embodiment of the anti-Modern. Using his Eurasienstab performance as a starting point, the exhibition considers how Beuys’ use of the term ‘Eurasia’ was looking away from the grand-narrative and hegemony of the West. 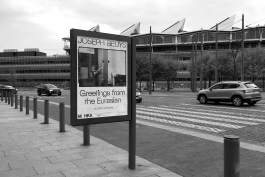 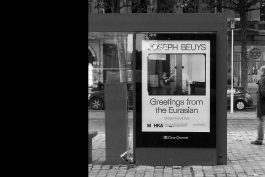 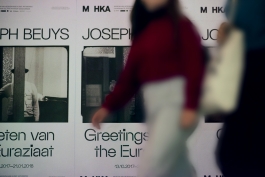 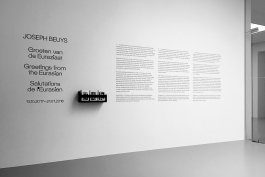 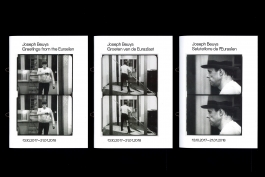 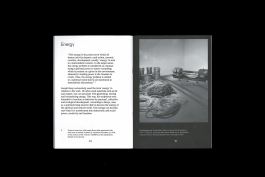 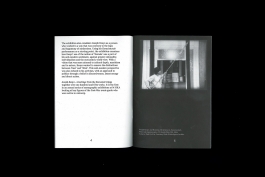 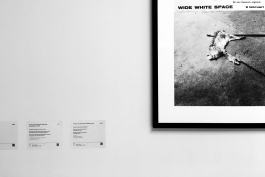 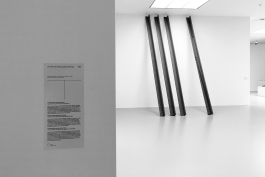 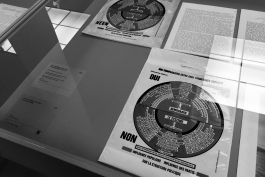